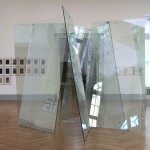 July 9, 2018 11:56 am Published by Carina Krause Comments Off on Gerhard Richter at Museum Barberini, Potsdam

“Abstraction is Gerhard Richter’s big theme,” says Ortrud Westheider, director of Museum Barberini in Potsdam, which means this retrospective, which deals exclusively with this part of his oeuvre, is long overdue. The result is one of the most exciting exhibitions.. View Article 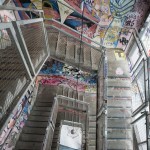 June 1, 2018 2:16 pm Published by Carina Krause Comments Off on The Gallery Weekend – does it treat the Berlin art scene fairly? 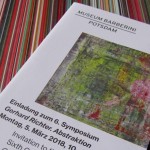 April 10, 2018 9:31 am Published by Carina Krause Comments Off on Gerhard Richter: Abstraction – Symposium at the Barberini Museum, Potsdam

At the end of June 2018, the exhibition Gerhard Richter: Abstraction will open at the Museum Barberini in Potsdam. It will be devoted to Richter’s methods, particularly in connection with his abstract oeuvre, and will explain his work process, beginning.. View Article 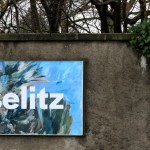 February 6, 2018 10:04 am Published by Carina Krause Comments Off on Georg Baselitz at Fondation Beyeler, Riehen

The first work encountered by visitors to the Baselitz exhibition at Fondation Beyeler in Riehen is a large-scale Dystopisches Paar (Dystopian Couple, 2015). In an echo of Otto Dix’s Die Eltern des Künstlers (The Parents of the Artist, 1924), Baselitz.. View Article 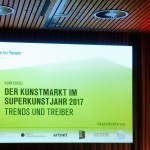 Der Kunstmarkt im Superkunstjahr 2017 (The Art Market in the Super Art Year 2017) was the name of the Frankfurter Allgemeine Forum Art Conference, which took place in Berlin a few days ago. Ten years have passed since the last.. View Article 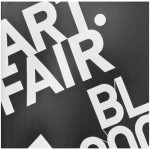 October 13, 2017 10:18 am Published by Carina Krause in interview with art collector H.P. Comments Off on Are there too many art fairs?

We talked with art collector H.P. about the constantly growing number of art fairs.   The last few years have seen the launch of many new art fairs. The latest are the satellite fairs of Art Cologne in Berlin and.. View Article 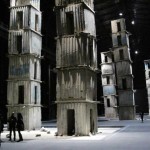 July 17, 2017 12:14 pm Published by Gabi Scardi and Julia Linsen Comments Off on Anselm Kiefer in Italy

In an exploration of the popularity of Anselm Kiefer in Italy, we asked art critic and curator Gabi Scardi about Kiefer’s relationship with that country.   Anselm Kiefer is an artist ‘pluricelebrato’, in other words, he is one of the.. View Article 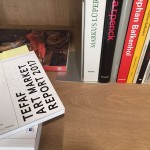 Yes, this year’s TEFAF is once more “the museum of the world“ or as the German newspaper Handelsblatt put it, “TEFAF art fair, yet again, gathers the best of everything: baroque paintings and modern masters, jewellery, manuscripts, sculpture and design.“.. View Article 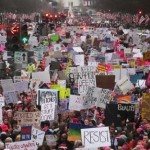 Women in the Art World

Last January millions of women around the world gathered for so-called women’s marches, to rally against the oppression of women and demonstrate for their rights and for equality. Reason enough to take a look at the situation of women in.. View Article 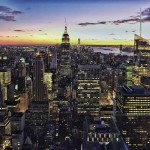 November 11, 2016 10:11 am Published by Carina Krause Comments Off on Fall Auctions in New York

An unprecedented number of high-priced artworks by Gerhard Richter will be on offer at the fall auctions in New York. Although Christie’s had to manage without any Richter at all at its Post-War & Contemporary Art evening sale last October.. View Article 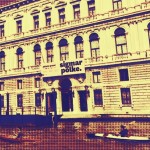 (Venice, Italy) Currently running is the Sigmar Polke retrospective at the Pinault Foundation, Palazzo Grassi, in Venice. This year marks the 75th anniversary of Polke’s birth and the 30th anniversary of his participation in the 1986 Venice Biennale, where he.. View Article 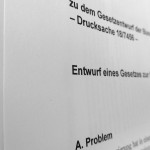 Why Monika Grütters, Commissioner of the Federal Government for Culture and Media, went ahead with a bill that caused as much controversy as the revision of the Kulturgutschutzgesetz (Cultural Property Protection Law) is difficult to say. However, the law was.. View Article 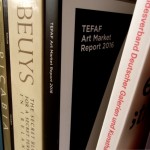 Economist Dr. Clare McAndrew has presented the Tefaf Art Market Report annually since 2008. Her report is based on a survey of auction houses, art dealers and collectors, as well as information gathered from different art and finance databases. This.. View Article 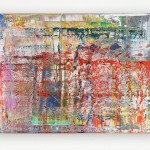 Gerhard Richter: A Life in Painting, by Dietmar Elger, is a biography of the artist. The book covers Richter’s career, from his early days in Dresden to his current success. Nowadays Richter’s works achieve top prices at auction; his exhibitions.. View Article