Sigmar Polke repeatedly attempts to explore the limits of art in his works. He experiments with all kinds of materials and, in the 1980s, discovered the photocopy as an artistic medium. An intensive engagement with the medium follows that lasts several decades; the act of photocopying becomes an artistic statement, a continuation of drawing and print. Polke manipulates the photocopies by means of rotating, pulling and pushing the template during the copying process, distorting the image motifs beyond recognition. Through these interventions mere documentation becomes art.

The photocopies make every movement of Polke traceable, no matter how small a shift. In some of the sheets one can even see an imprint of the actual hand of the artist frozen in motion. This allows the viewer to witness the fragmentation of the conventional principles of composition at first hand, so to speak.

In the course of his work with photocopies sequences emerge that show variations of reworkings from one single template, for example Untitled (Young Acrobat). This 10-part series from 2000 is based on an illustration taken from Kolumbus-Eier (Eggs of Columbus), an instruction book for young magicians that depicts a boy balancing copies of himself. Stretched and lengthened, the figures seem to dissolve in some of the works, their overlong arms and legs drifting over the paper. In others they are compressed into compact shapes, marginalised or almost pushed out of the pictorial space.

The fluid motions of the photocopies also find their way into Polke’s large-format lacquer works, such as Furcht – Schwarzer Mann ( Fear – Black Man) from 1997 and Lernen neu zu Lernen (Learn to Learn Anew) from 1998, as well as into prints, such as the Eisberg (Iceberg) edition from 2001.

The exhibition Sigmar Polke – Manipulierte Xerox-Fotokopien includes, among others, the series Untitled (Young Acrobat, as well as several Eisberg copies that – for the first time – will be presented beside their template image. 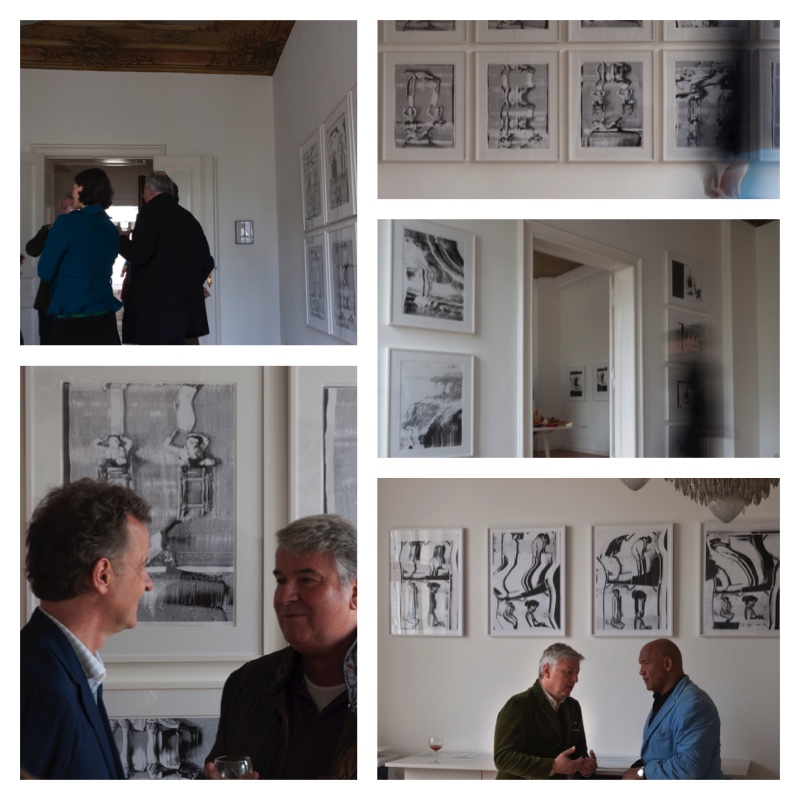