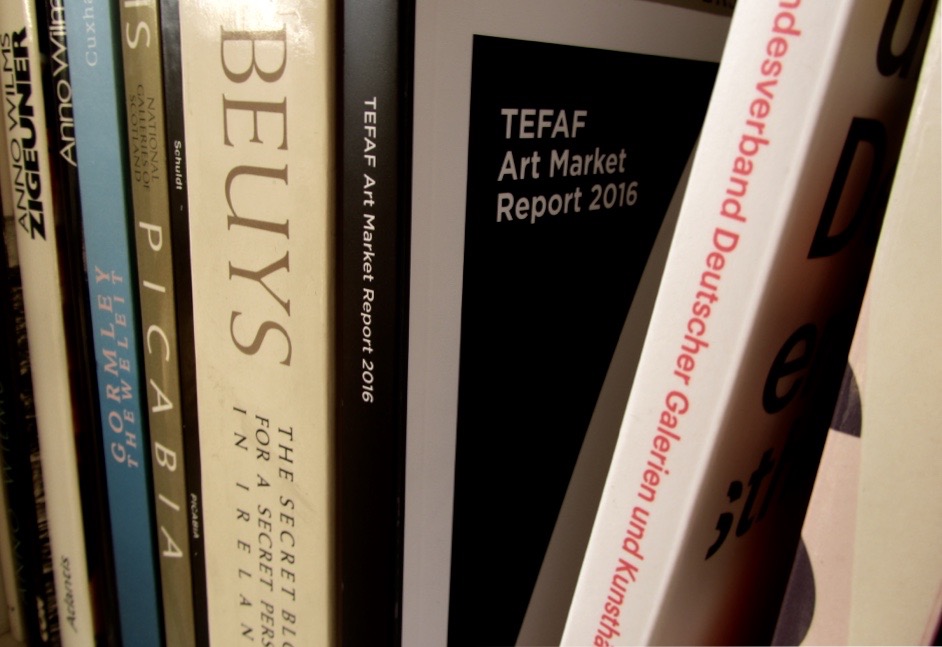 Economist Dr. Clare McAndrew has presented the Tefaf Art Market Report annually since 2008. Her report is based on a survey of auction houses, art dealers and collectors, as well as information gathered from different art and finance databases. This year’s presentation seemed to focus on one subject: is the bubble, which seems to have been forming in the art market for several years, going to burst any time soon? Is it actually happening right now?

The signs are there: for the first time since 2011 the art market has recorded a decline in value (by 7% compared with last year) and the number of transactions also went down (by 2%). But are we really in the same place as we were at the end of 1990, when the market crashed and Christie’s and Sotheby’s, the two leading auction houses, decided to cancel their spring auctions?

The irrational prices that were paid at the end of the 1980s, especially for Impressionist works, and the collapse of this market in particular in 1990, were caused by speculative purchases by Japanese investors. Artworks were bought at auction for exorbitant prices and financed with loans that were mainly secured by real estate. When the real estate bubble burst it – along with an economic crisis in the US – had disastrous consequences for the global art market. The financial crisis of 2008/09 triggered another crash.

In 2015 the art market generated just under $64 billion globally, which is around $4 billion less than the year before. However, the value of the global art market has increased by 78% in the last 10 years. The market also recovered after the last crisis that ended in 2009, growing by 61%.

McAndrew does not think that the bubble is going to burst in the near future. Rather, she explains, sales have reached such a high level that continuing growth is hard to maintain, especially in an already very limited sector such as the art market. This is the reason why numbers are declining. Furthermore, the downturn doesn’t affect all areas: the US market, for example, had a very good year with increasing turnover. The Chinese market, on the other hand, has slowed heavily and is largely responsible for the lower aggregate figures.

In fact, fears of a slowdown seem groundless. There is little question that the art market has heated up again as financial speculations continue to drive up prices. Clients who buy works for the love of art and artists are rare; nowadays art is bought as an object of speculation or as status symbol. No self-respecting collector considers their collection complete without a Warhol, Bacon or Richter.

The auction houses are aware of this, but they can often get the rare pieces that their clients demand only in exchange for ambitious estimates and high price guarantees. At the moment it seems that, as a consequence of these pricing strategies, demand has stalled somewhat. In 2015 the global auction market has achieved a turnover of approximately $30 billion, which is 9% less that the year before. However, sales of above $1 million have increased by 400% in the last 10 years, sales of over $10 million by a staggering 1,000%. At first these numbers suggest fantastically active business operations in the upper price segment, but only at first sight. This severe surge has all the signs of a bubble – lively trade, excessive prices – and might indicate an imminent adjustment of the market.