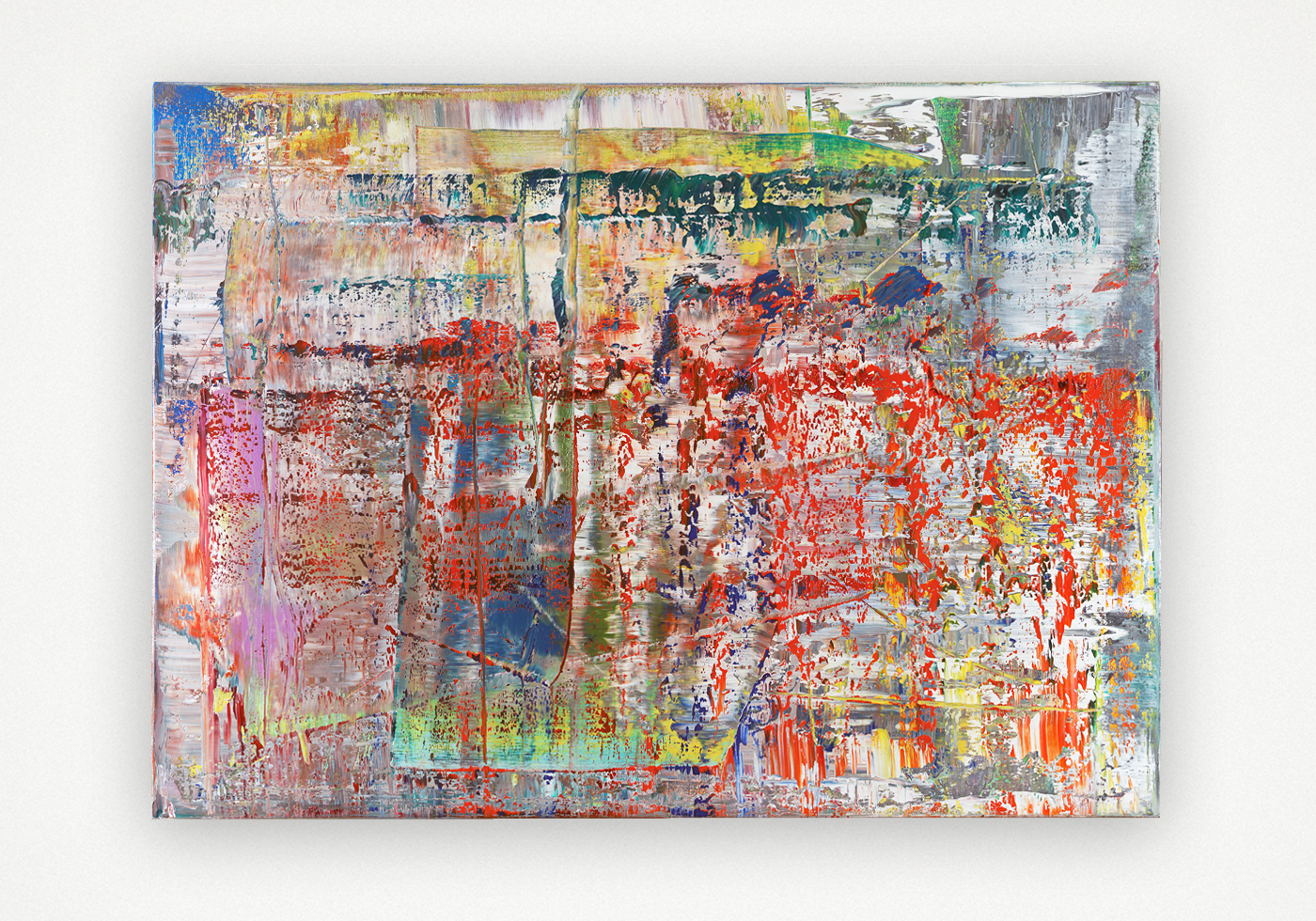 Gerhard Richter: A Life in Painting, by Dietmar Elger, is a biography of the artist. The book covers Richter’s career, from his early days in Dresden to his current success. Nowadays Richter’s works achieve top prices at auction; his exhibitions attract record attendance and his name often ranks high on best-of lists in art magazines across the world. He owes his stellar reputation to his ability to reinvent himself as an artist time and again – because Richter is more than just a painter.

In the early days he worked in several different media: print, photography and, occasionally, sculpture. Not all the motifs in his work are conceived from scratch. Richter often returns to his paintings and translates them into different media, such as 48 Portraits (324/1-48, Butin 94) and Ravine (837-1, Butin 90).

He often creates prints of his works, which he will paint over or otherwise edit – sometimes his engagement with a painting is extensive and might last for years. The work that has received perhaps more of Richter’s attention than any other is Abstract Painting (724-4), from 1990. It is a relatively small piece, yet it is the basis of not just one but many works.

Although it might not be immediately obvious, they are closely related to Richter’s figurative works. On the one hand they recall the blur in many of his figurative paintings, which he achieved by smudging the still-wet oil paint with a brush. On the other, the painting becomes the subject of a photograph – a reversal of his so-called photo paintings, in which private photographs and newspaper clippings are the subject.

This inversion is even more marked in editions such as Candle (Butin 64, 66 und 67) and Betty (Butin 75), where a painting, based on a photograph, becomes the subject of a photograph.

Only a year later, in 2009, Richter returns to Abstract Painting (724-4) once again. He begins to experiment with mirror images of sections of the painting, a project that eventually leads to a series of tapestries: Musa, Yusuf, Iblan and Abdul (Butin 141-144).

The artist’s book Gerhard Richter: Patterns (2011) documents the fragmentation of Abstract Painting (724-4) from simple reflection via more complex patterns through to elegant strips. This marks the beginning of an ongoing series of Strip works (starting with 919).

Abstract Painting (724-4) was cut up into 4,096 vertical segments on a computer. These were then mirrored so many times that they became horizontal strips. Each work has a different tonal value because they are all based on different sections of the original painting.

From oil on canvas to photographs, from tapestries to digital prints, Abstract Painting (724-4) has a fascinating story to tell. And who knows, we might encounter it yet again – in yet another medium.